Whilst humanoid robot technology has been rapidly advancing over the last few years, one distinctive feature of all of the robots has been their rather awkward knees-permanently-bent gait.

Or I should say it was. As Robo garage of Kyoto University has managed to produce Chroino, a robot that swivels its hips while it walks. Giving the little robot a natural swagger. Which after this technological breakthrough, its makers will surely be copying.

Unfortunately no videos seem to be available, but here’s a picture of Chroino mid-stride. 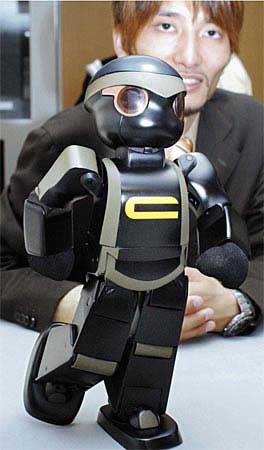 And here’s another just for good measure. This one of the robot striking a pose that highlights in no uncertain terms who is really the boss. 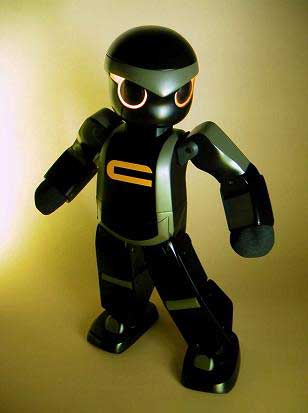