Back in December 2019, a friend and I drank in the little bar below. We’d actually tried to get in several months earlier, but even though it was only late afternoon when we turned up, it was still completely full. Of course being so small meant space was limited to begin with, although when we did manage to squeeze in and claim the last two seats, it was amazing how many people were actually crammed in there. An element that made it one of the more intimating bars to enter, but we really needn’t have worried, as from the moment we sat down we were treated just like everyone else. A bit of a rarity to be honest, as foreign faces are few and far between in such places, so to be be accepted like a local was lovely.

Wedged as we were in the back corner, food and drinks were passed over, but gradually, as some customers left, and others entered, we were moved to the counter where the mama-san photos were taken. She was in charge of serving drinks and food, while the master worked the grill that looked out onto the tunnel. The latter a feature that made the place truly unique — all the colours the camera recorded, its wonderfully dingy nature, and the fact that the other businesses there had long since closed down. A combination that made the bar even more welcoming.

We’d planned to visit again a while back, but then found out it was temporarily closed. Something that’s never a good sign with such places, as temporary closures all too often turn into permanent ones. And sadly that’s exactly what happened. Over 40 years of serving, entertaining, and creating a cosy, wholly inclusive atmosphere, had come to an end.

In the hope of getting a last exterior shot before it was more than likely boarded up, I recently took a trip out there, and purely by chance the master arrived to clear away some stuff. It turns out the final decision to close had only been taken a few months ago. One that was made with a doubly heavy heart. He simply hadn’t been able to manage there alone, after his wife, the mama-san, had died. 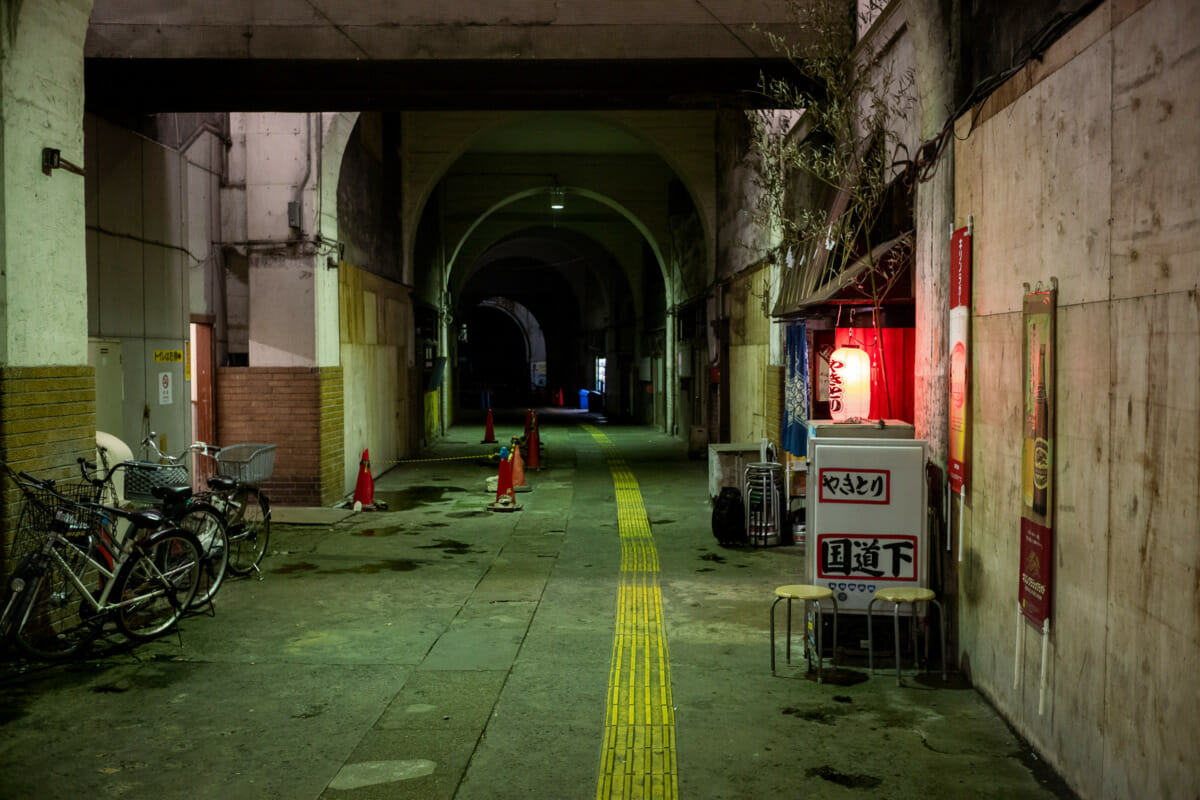 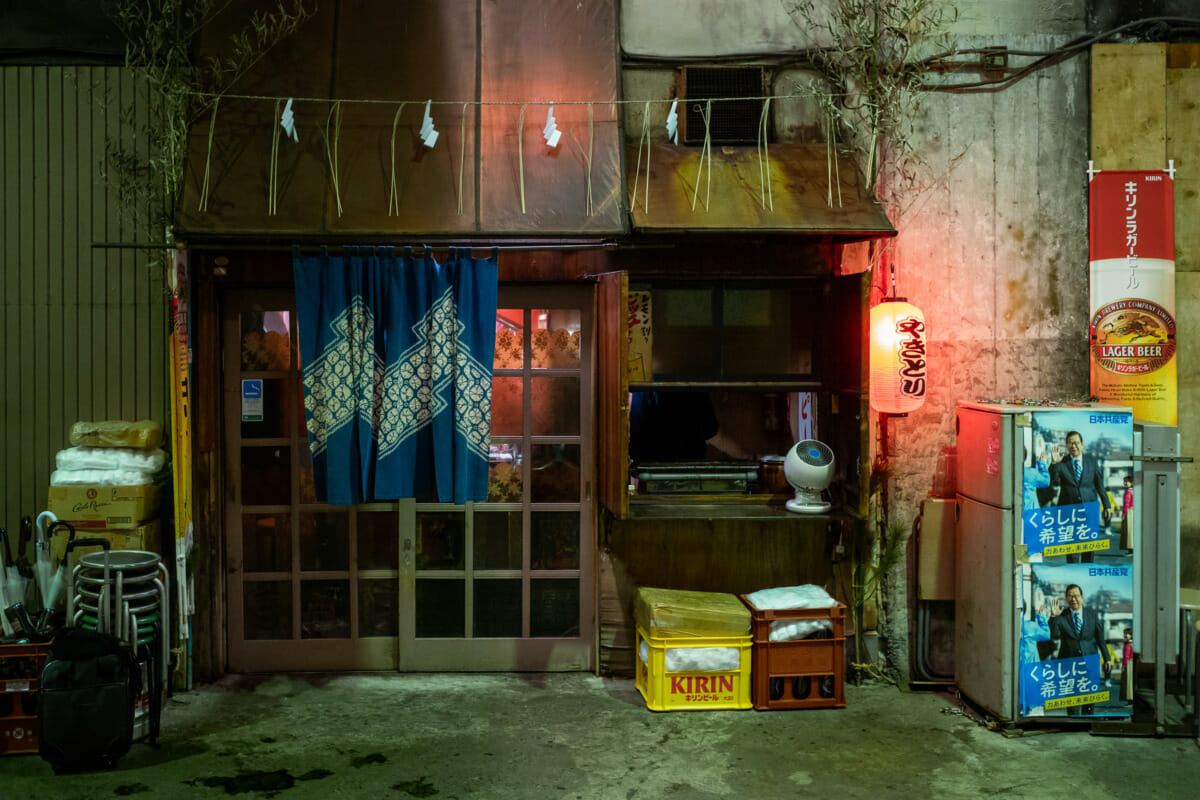 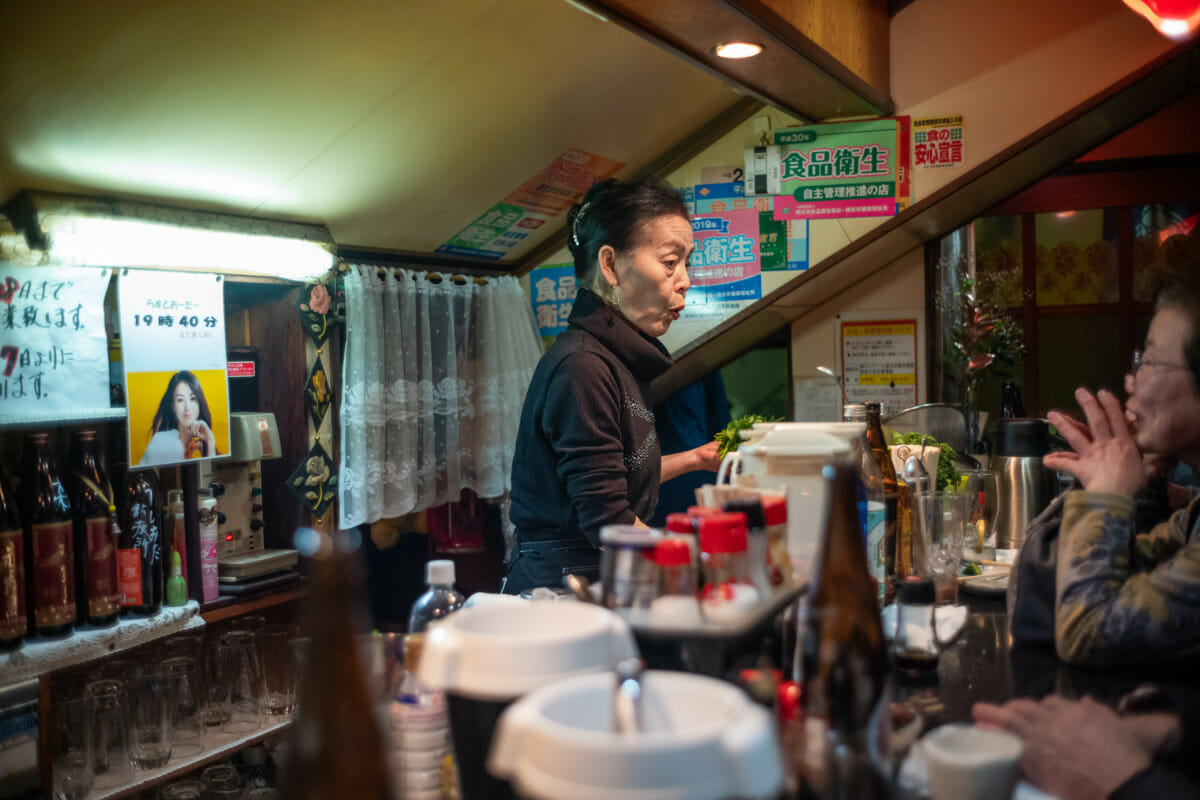 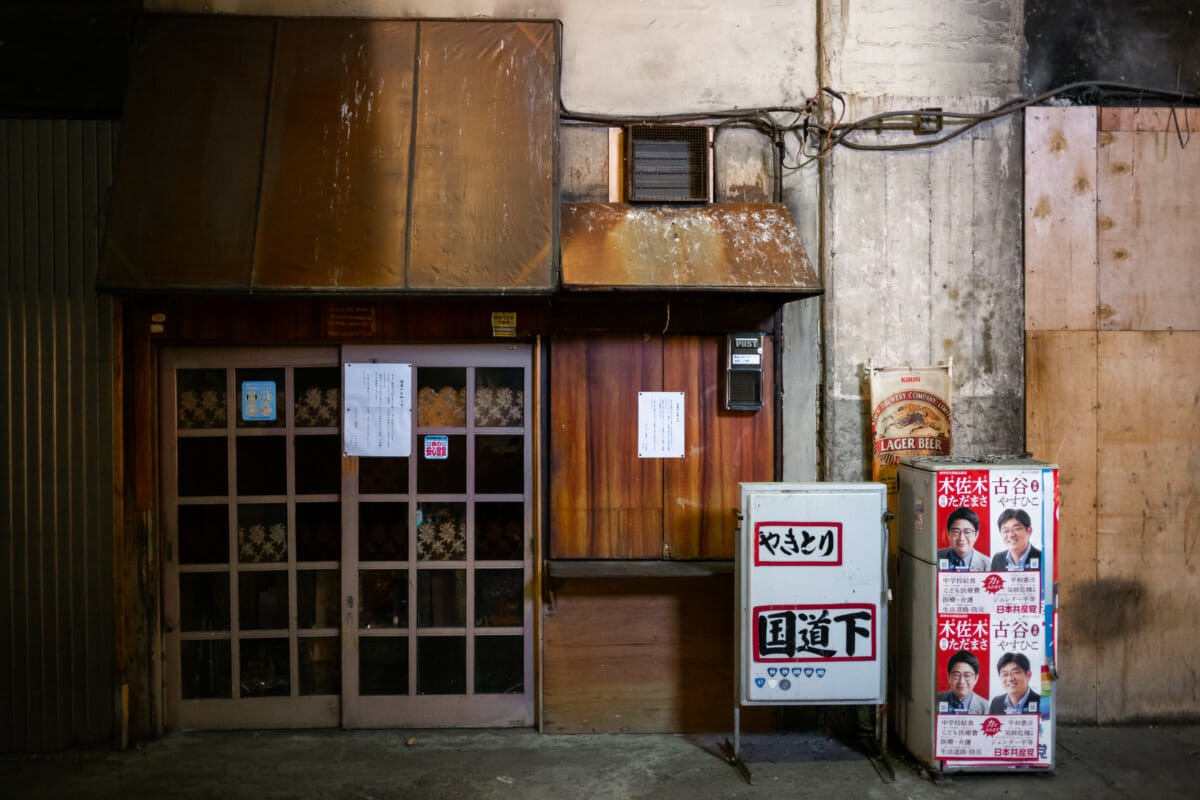 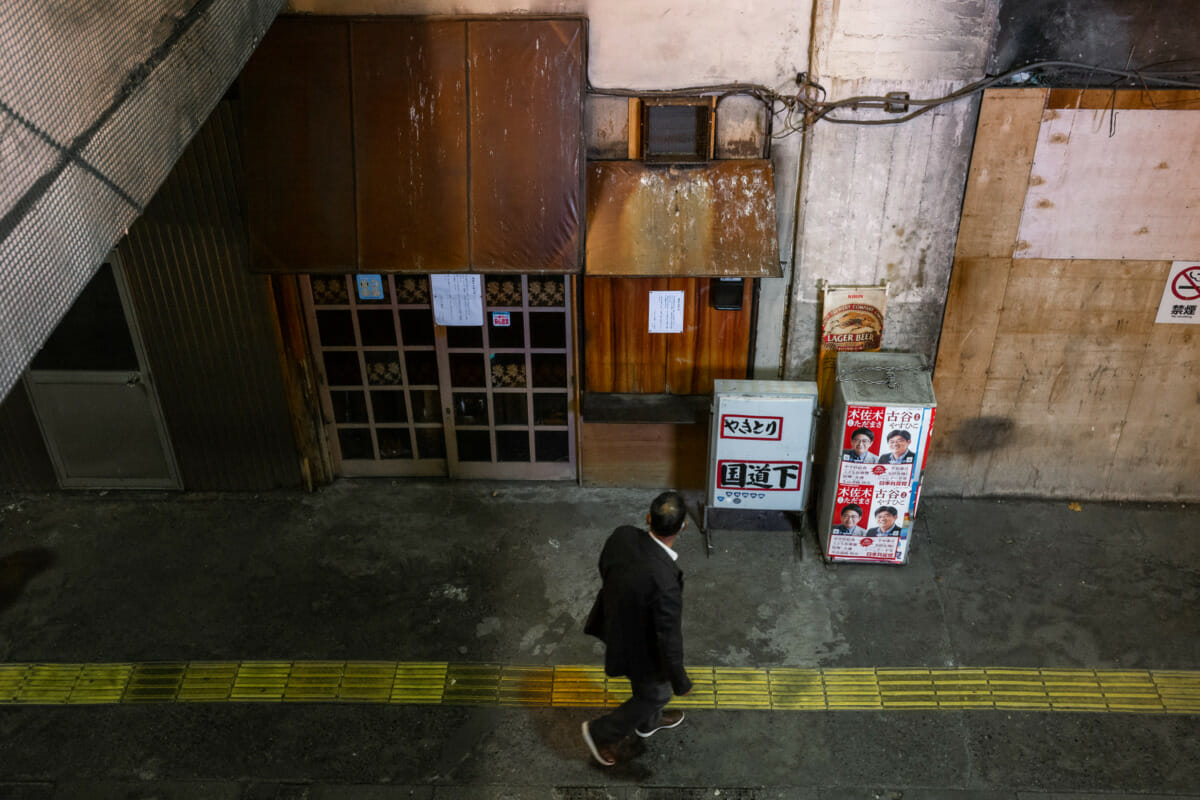 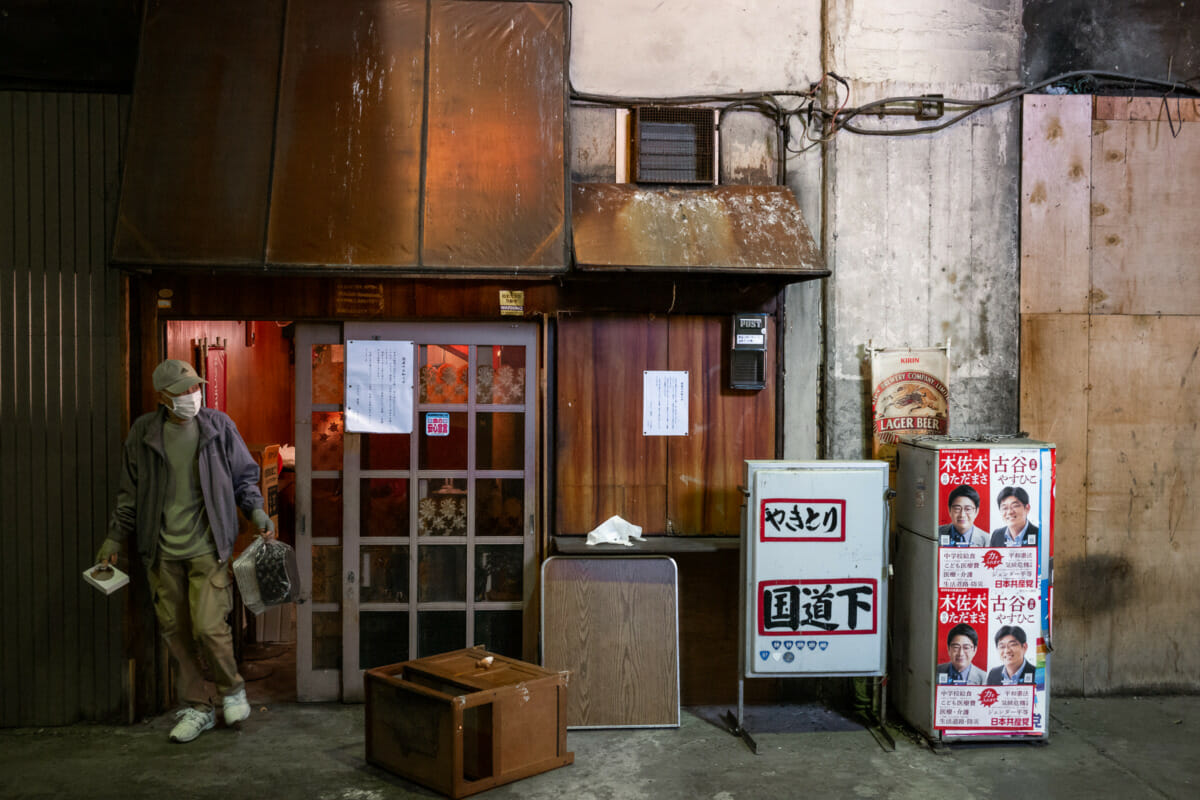 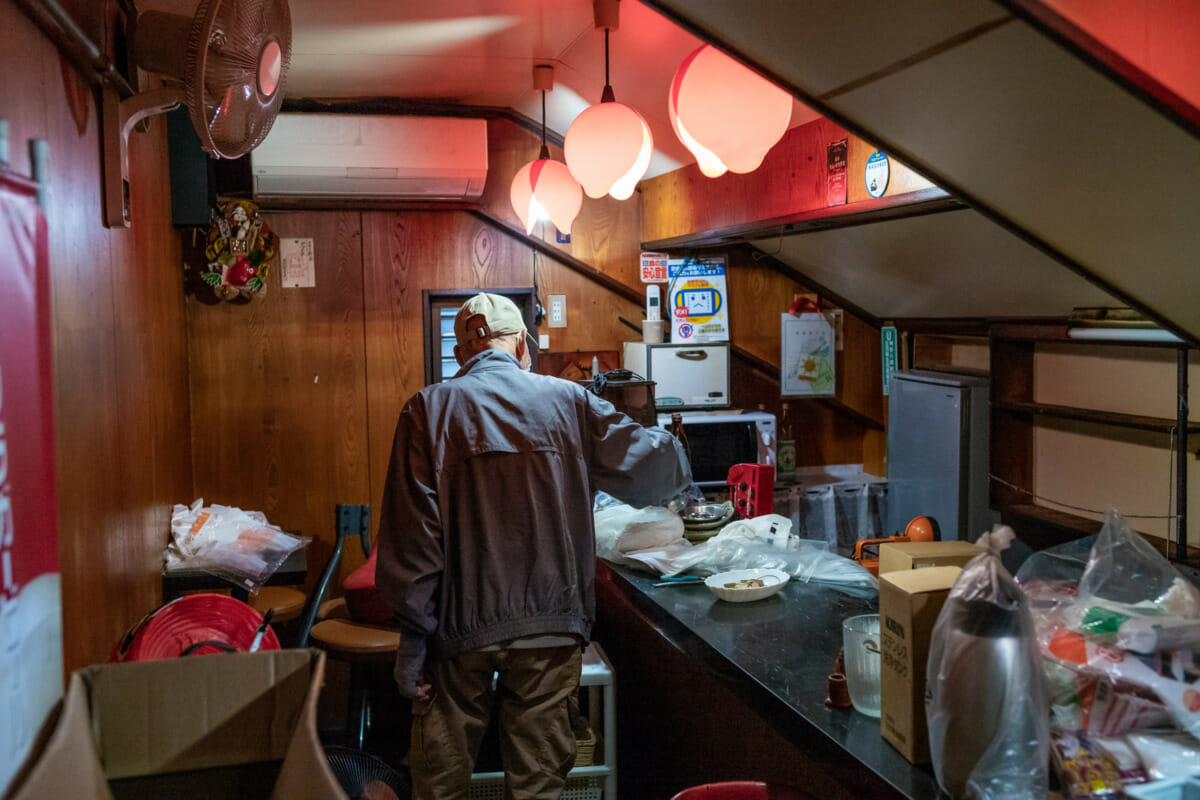 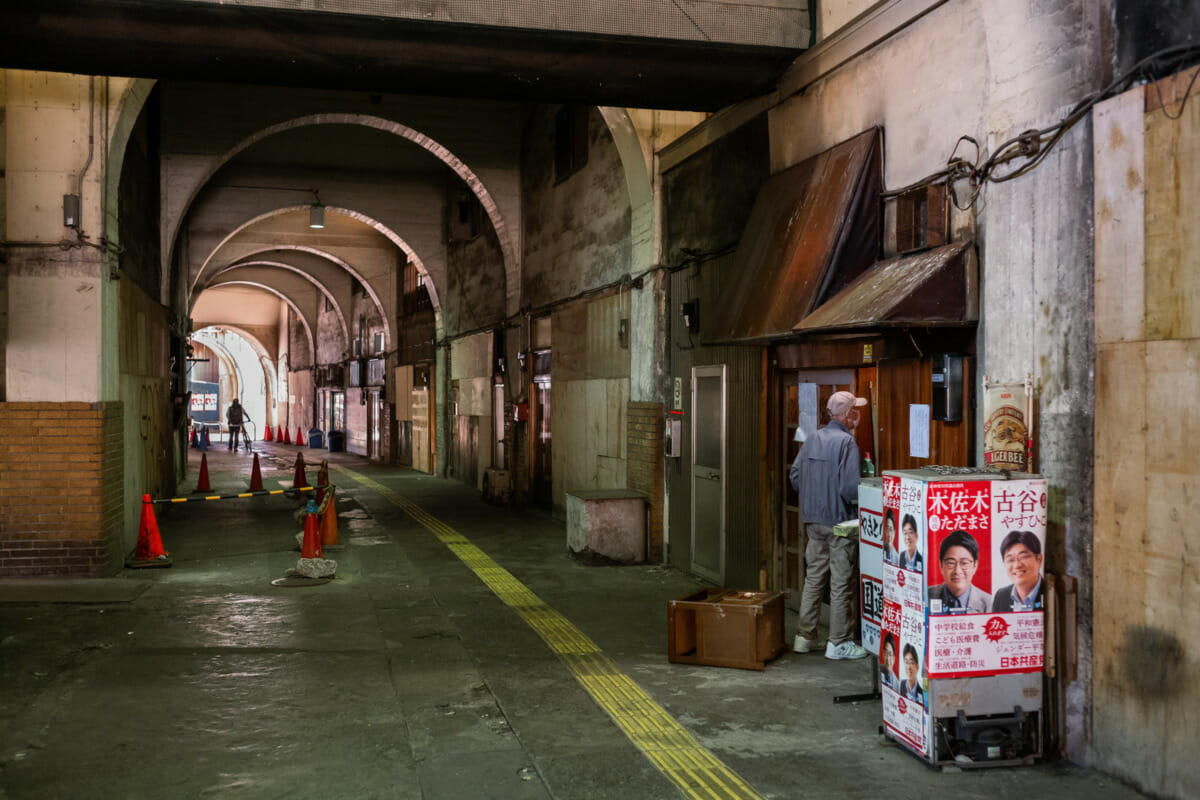 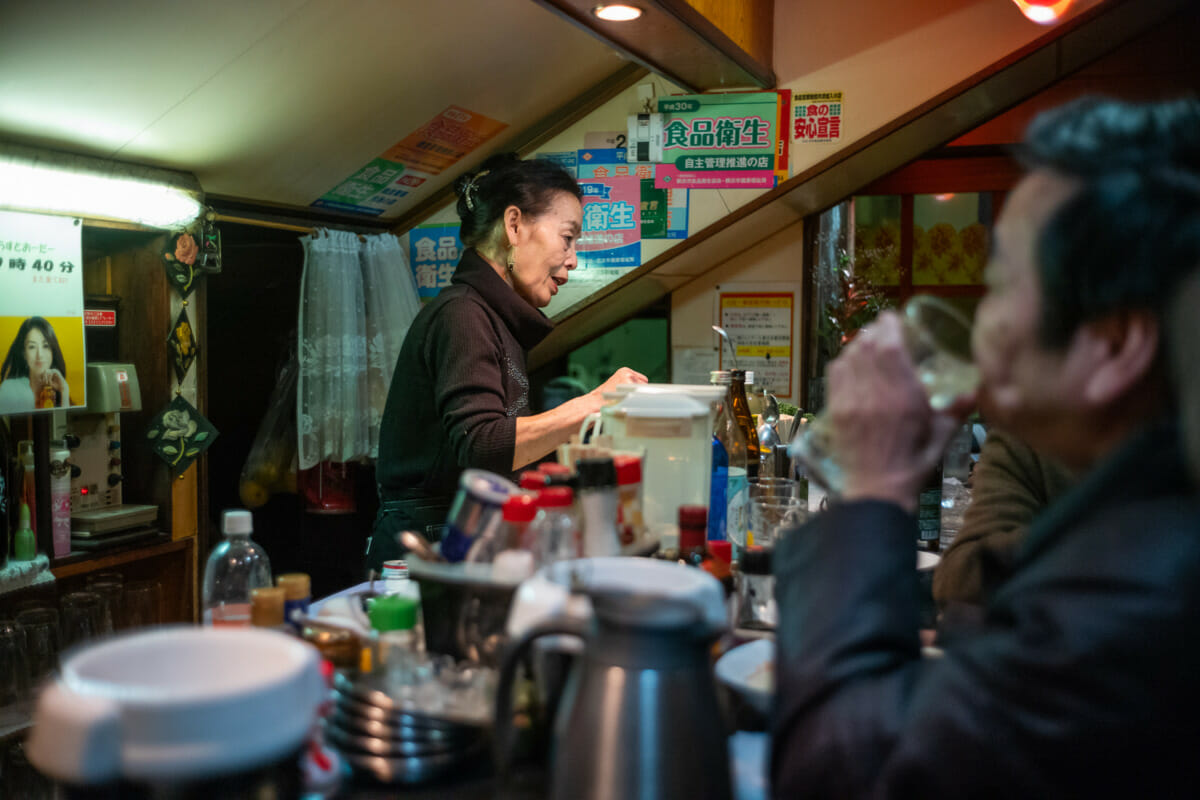