The photo below has appeared on these pages before as part of a monochrome series from Shinjuku’s Omoide Yokocho, or Piss Alley as it’s also known. It is also a companion piece of sorts with this shot taken just a few minutes later.

Back then, as well as converting the original image to black and white, I’d also cropped it, but going through some older pictures with a view to the print sales mentioned last week, this one caught my attention in relation to how it would look in colour, and if it were cropped slightly differently.

In regards cropping, it’s not something I do very often. Not sure why, but it almost always makes the resultant image seem somehow wrong. Just not what I saw, or something along those lines anyway. It’s hard to explain. This case though is an exception, as the square format works perfectly for the shape of the bar — it’s pretty much made for it.

Also, it’s a shot that nowadays isn’t possible. Of course this particular moment has long since disappeared into the past, but that angle was always interesting, either with the door almost closed, or wide open like in this photo, which allows for a clear view of the bar’s amazingly dirty lamp. And that’s because a while ago, an extra fridge was installed near the window, more or less blocking the view. An element that for me at least gives the scene extra significance. The memory of pressing the shutter as always, but also a reminder that I won’t be able to capture something similar ever again. 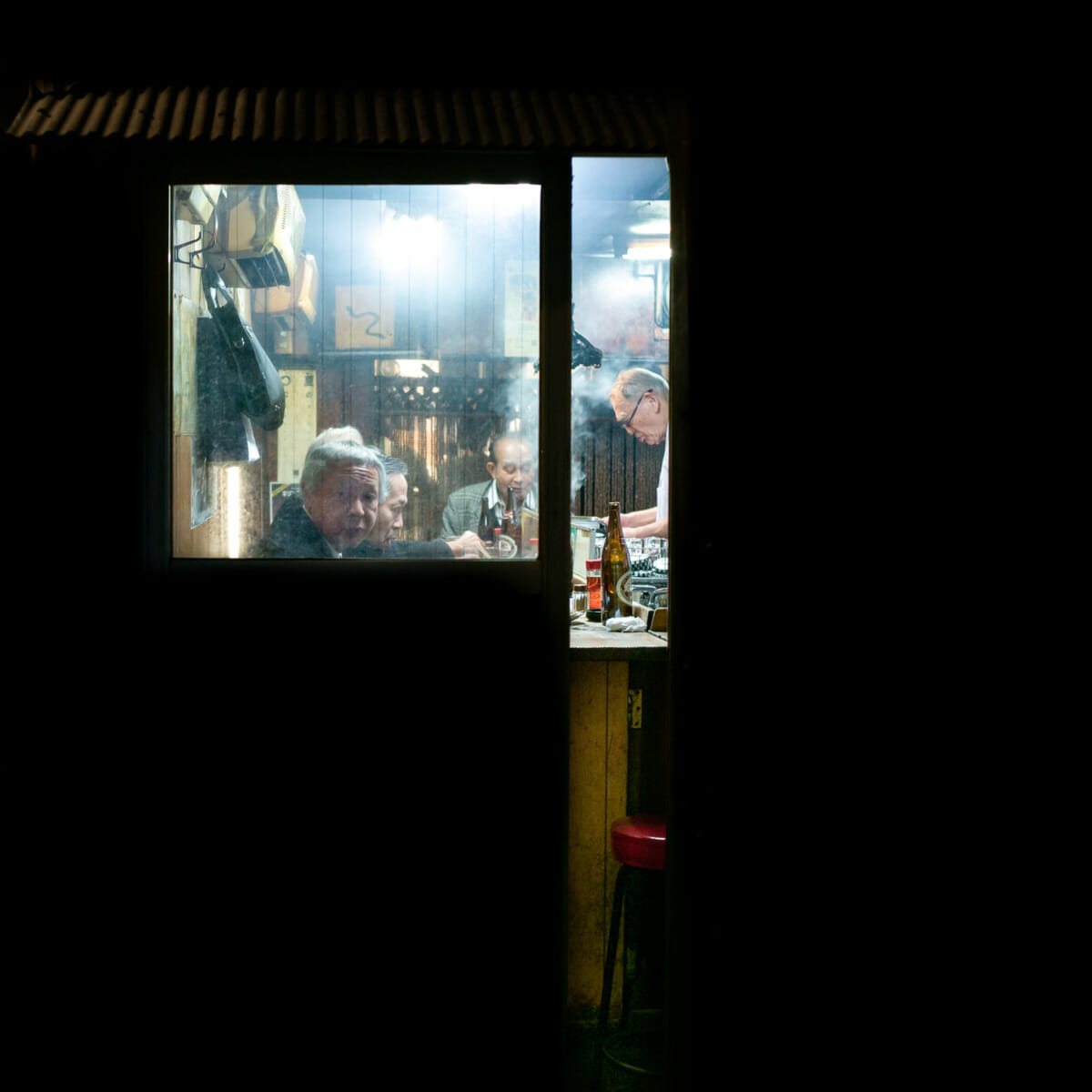 It’s currently holiday time in Japan, but with things as they are, travel isn’t really an option. Trouble is, the horribly intense heat and humidity, along with increasing coronavirus numbers, mean even walks in Tokyo aren’t much of an option at the moment either — especially not the long, meandering types I tend to prefer. So from today, Tokyo Times will slow down for a little bit, and rather than the usual 3 posts a week, I’ll just upload new photos on Wednesdays for the next fortnight. The 19th and 26th. Then from Monday August 31st, the regular Monday, Wednesday and Friday updates will return as normal.