Over the New Year holidays, however, many places were mercifully much quieter, which meant the old man below was actually able to bag a spot that allowed him to sit down, and have a line of sight to quickly sketch people coming in and interacting at the counter. A lovely image made all the more fascinating by his practice of literally adding a little flavour to the pictures by dipping a straw into his coffee froth and then using it as a final flourish of sorts. 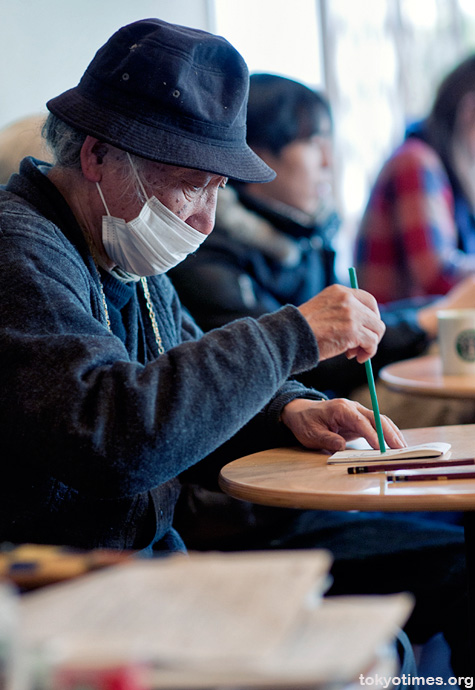