Are you currently fed up of constantly coming across dead bodies that are both an inconvenience and an eyesore? Or alternatively, do you have to look after a friend who is not only fat but also is forever falling over?

If so, then you need look no further than the picking people up who are dead or dormant robot. 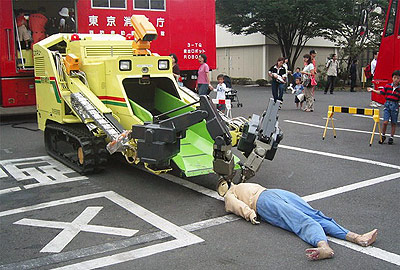 The only possible problem is that if the person is only the latter, they may not remain that way after the machine has mangled and manhandled them. 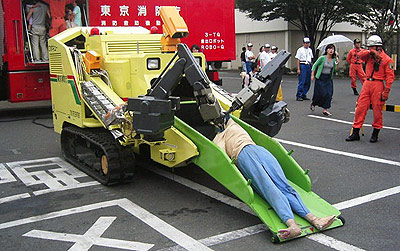 Yet such minor issues aside, it is undoubtedly a fine addition to Japan’s growing number of mechanical helpers; however, rumours that the robot is able to ‘digest’ those who don’t make it and has been bought in bulk by a certain fast food restaurant chain have yet to be confirmed.