Samuel Johnson’s famous adage that, “when a man is tired of London, he is tired of life” is also equally true when talk turns to Tokyo, although at the same time, extricating oneself from the Japanese capital every now and again is not only nice, but occasionally necessary.

And, as it’s not much more than an hour away — from west Tokyo at least — Yamanashi offers a genuinely convenient contrast to the concrete and crowds. 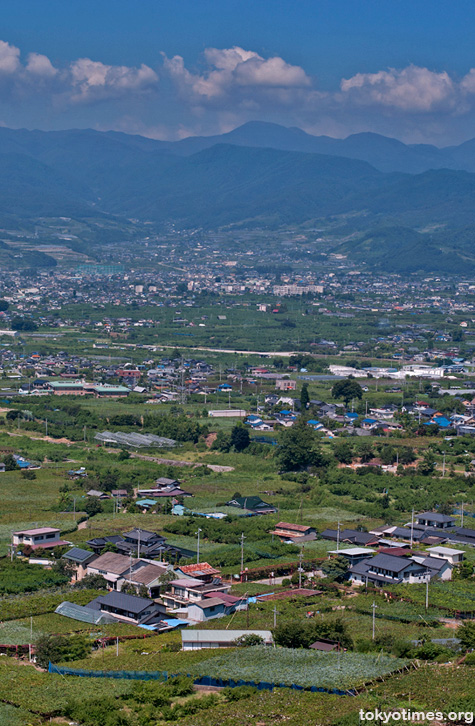 Well, the grape growing region of the prefecture does anyway, as the flavoursome fruit can found almost everywhere. 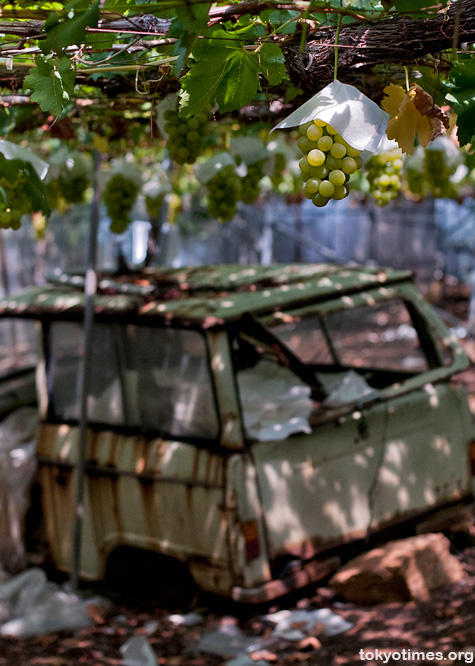 Even on vines above vehicles. 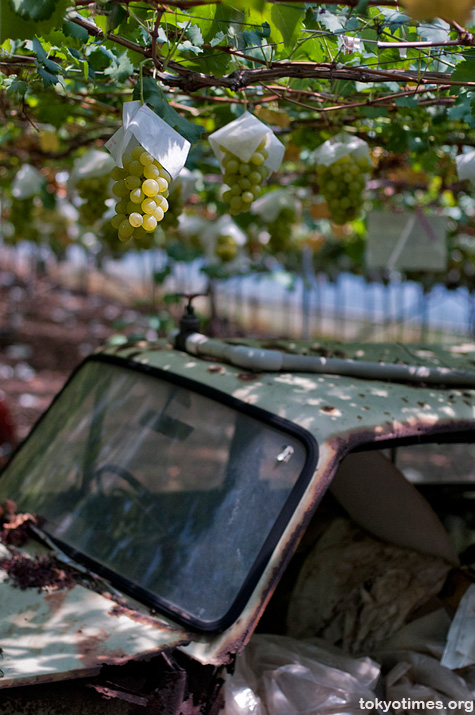 And now is the perfect time to go and pick some. 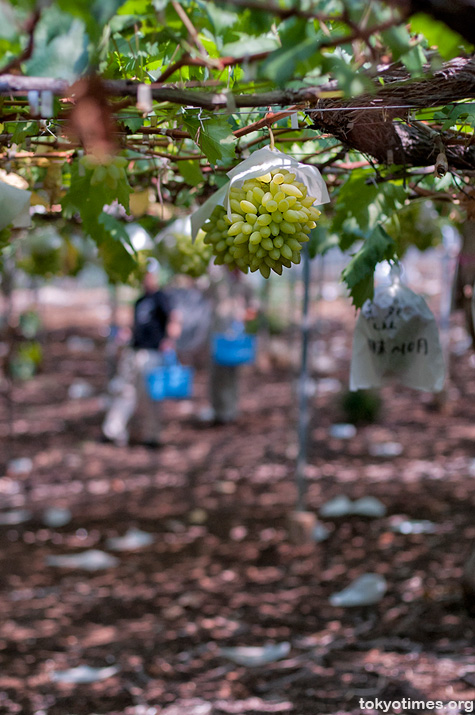 The only trouble is, it’s really hot. Really horribly hot in fact. However, all is not lost, as even though the wine found in them isn’t very nice, 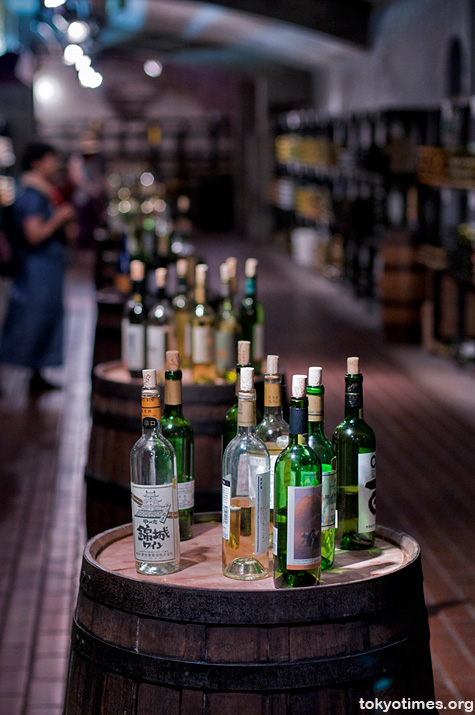 and taking note of it, 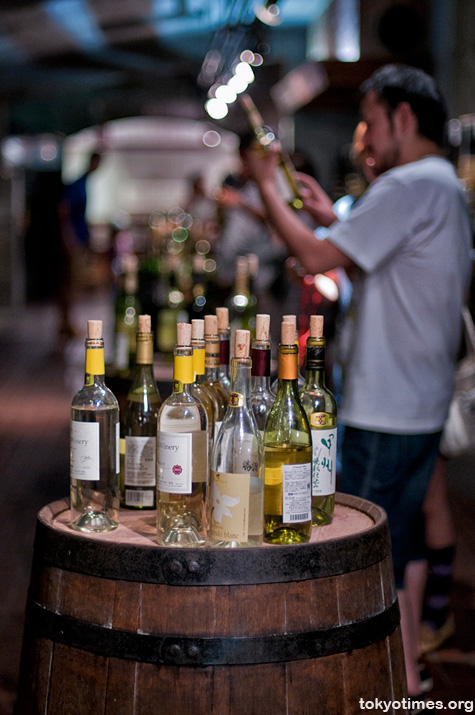 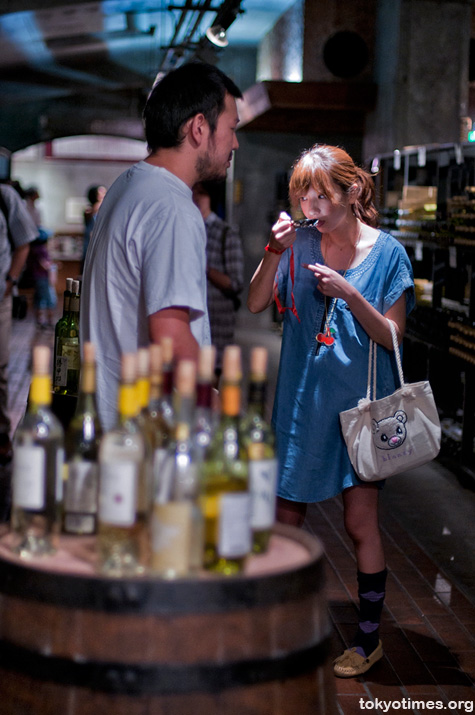 isn’t what I would call wise, the region’s cellars are, unlike the Chardonnay, really quite refreshing.

And, as an added bonus of sorts, they may also offer up a brief glimpse of a young boy’s burgeoning love affair with booze. 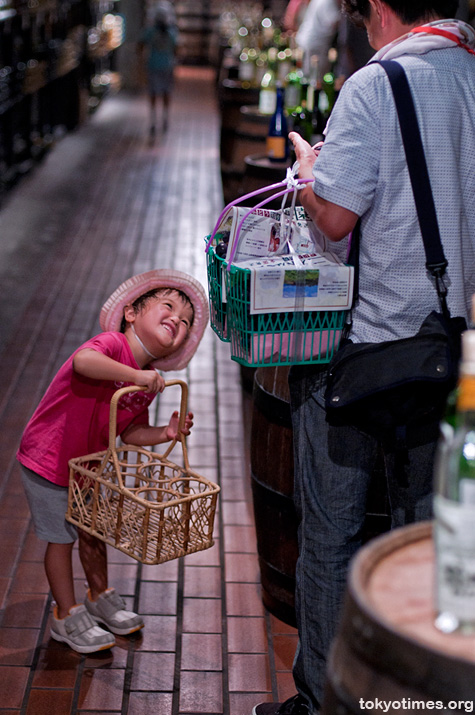