Whilst it seems that most furtive photographers opt for the tried and tested upskirt shot, 31-year-old Daisuke Arikawa took a slightly different approach — surreptitiously capturing a bit of cleavage.

The newspaper employee is accused of filming a young woman at a flea market in Fukuoka, with the mammary maniac taking pictures of his unsuspecting victim as she bent down to talk to a customer.

Whilst Mr. Arikawa didn’t make a public statement, his employer, the Nishinippon Shimbun, responded by saying, “His actions are not fit for a newspaper employee. We will try hard to educate our employees to prevent a recurrence.” However what form this ‘education’ will take wasn’t elaborated on.

*Update: Whilst the source is unconfirmed, it is alleged that some data from Arikawa-san’s camera was leaked to the press. A picture that I’m loath to publish on Tokyo Times due to its sensitive nature, but as it could be an integral part of the story, I feel compelled to do so. 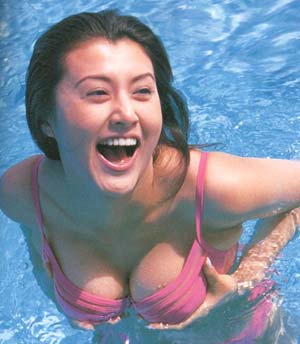