In 2003, the government designated Fukuoka Prefecture as a special zone for robot research and development.

Now whatever was envisioned when the decision was made is hard to say, but I’d hazard a guess and say it wasn’t a robot being assigned as head of a police station within two years. But that’s exactly what happened on Wednesday, and in a ceremony at Hakadata Station, police chief Kikuo Mori handed the robot in question (which was already kitted out in a police hat) a letter of assignment. 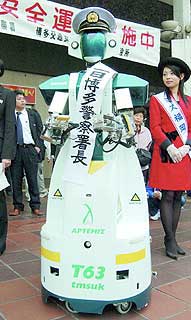 Admittedly the move was part of a safe driving campaign, but the T63 Artemis was nonetheless made chief for a day. Yet worried citizens can relax, as the 157 cm robot can move independently, plus has fully functioning light and sound sensors. And perhaps crucially in the fight against crime, it has the ability to throw coloured balls at anyone it considers to be acting suspiciously. A feature that will surely deter even the most vicious villain. 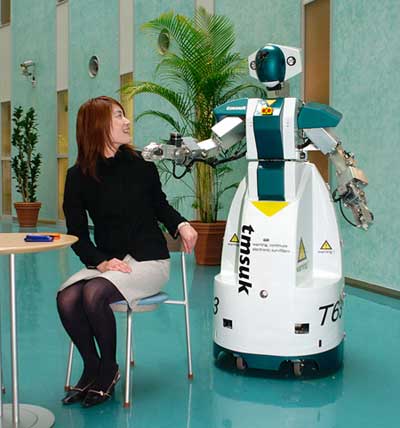 Except prison of course.